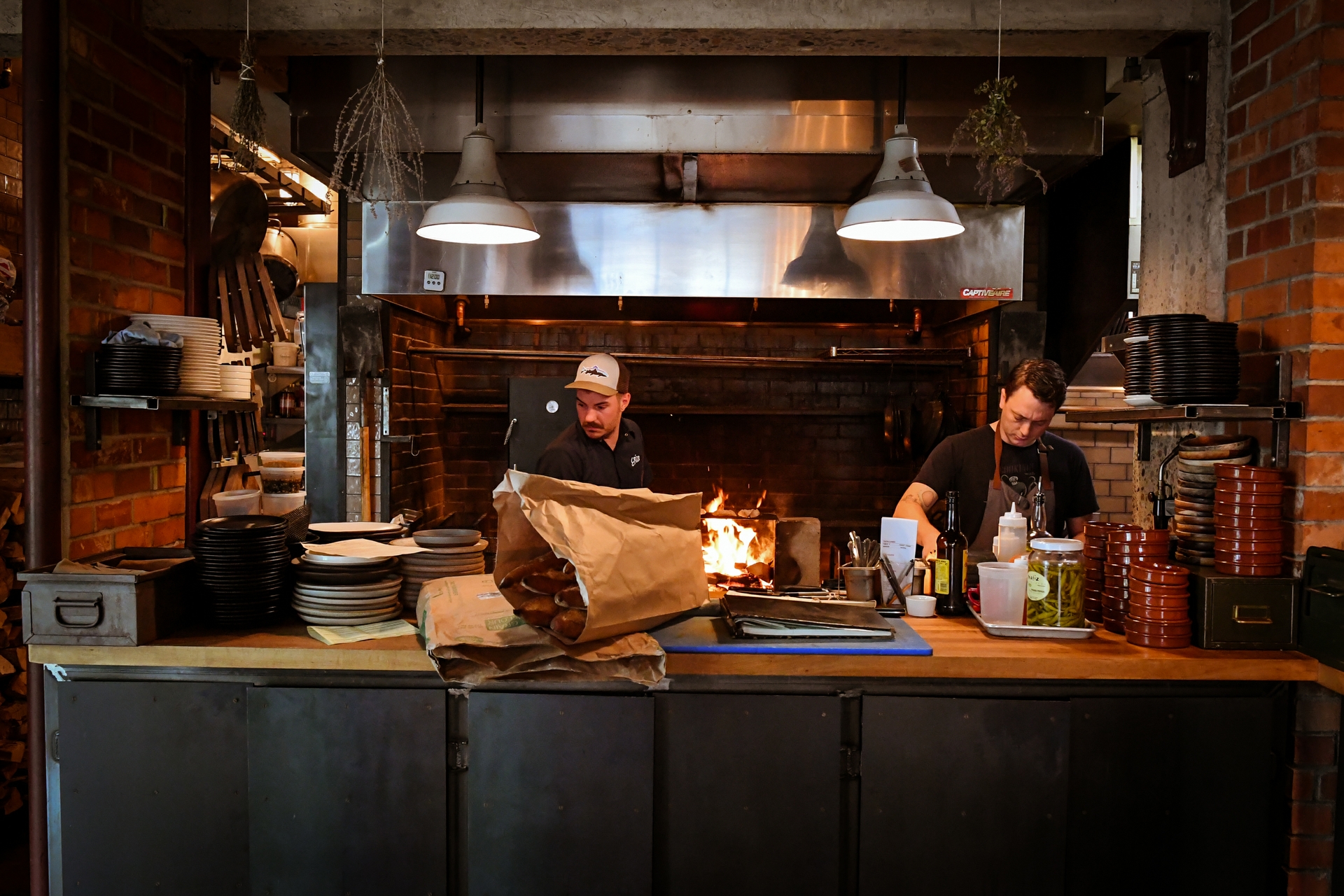 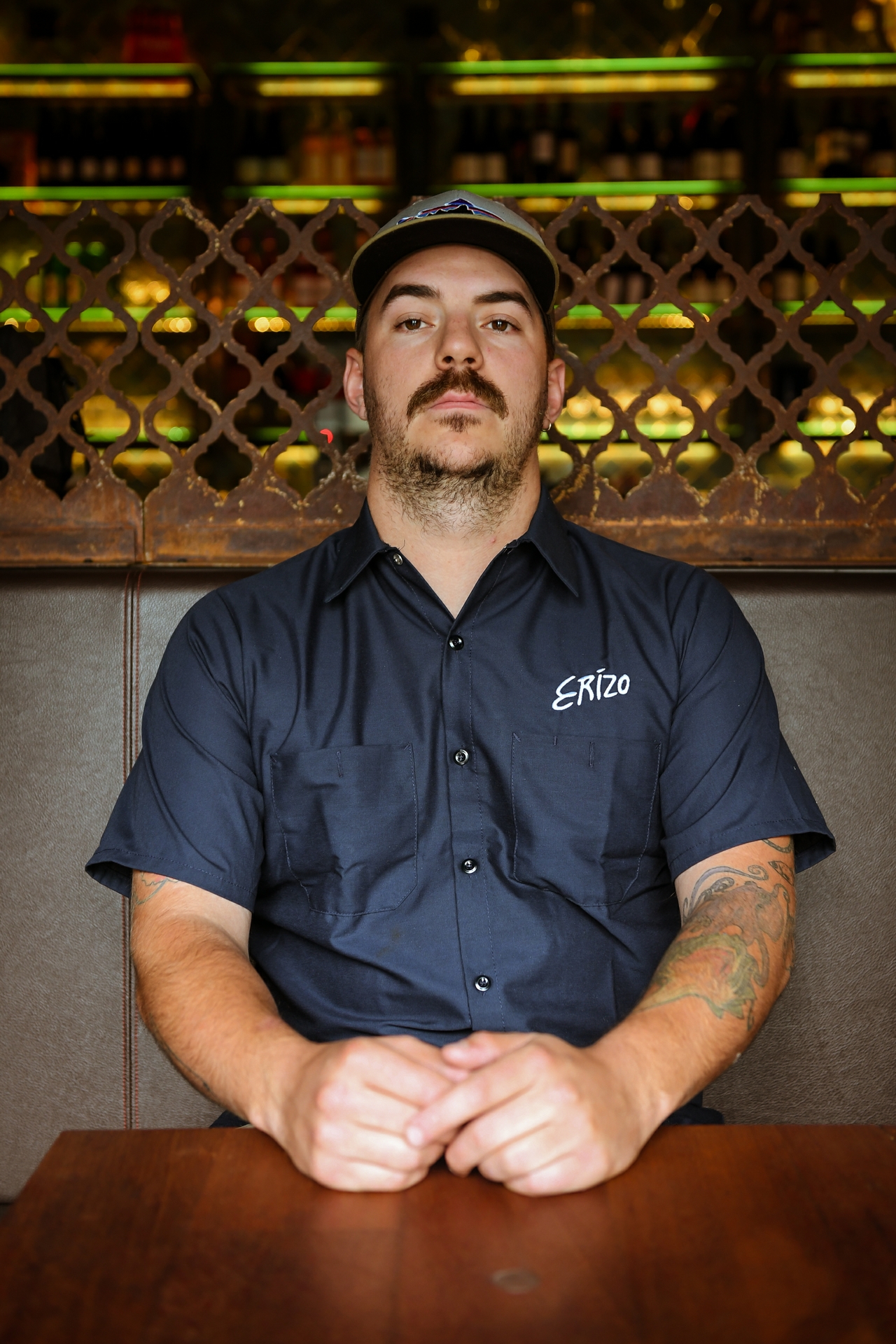 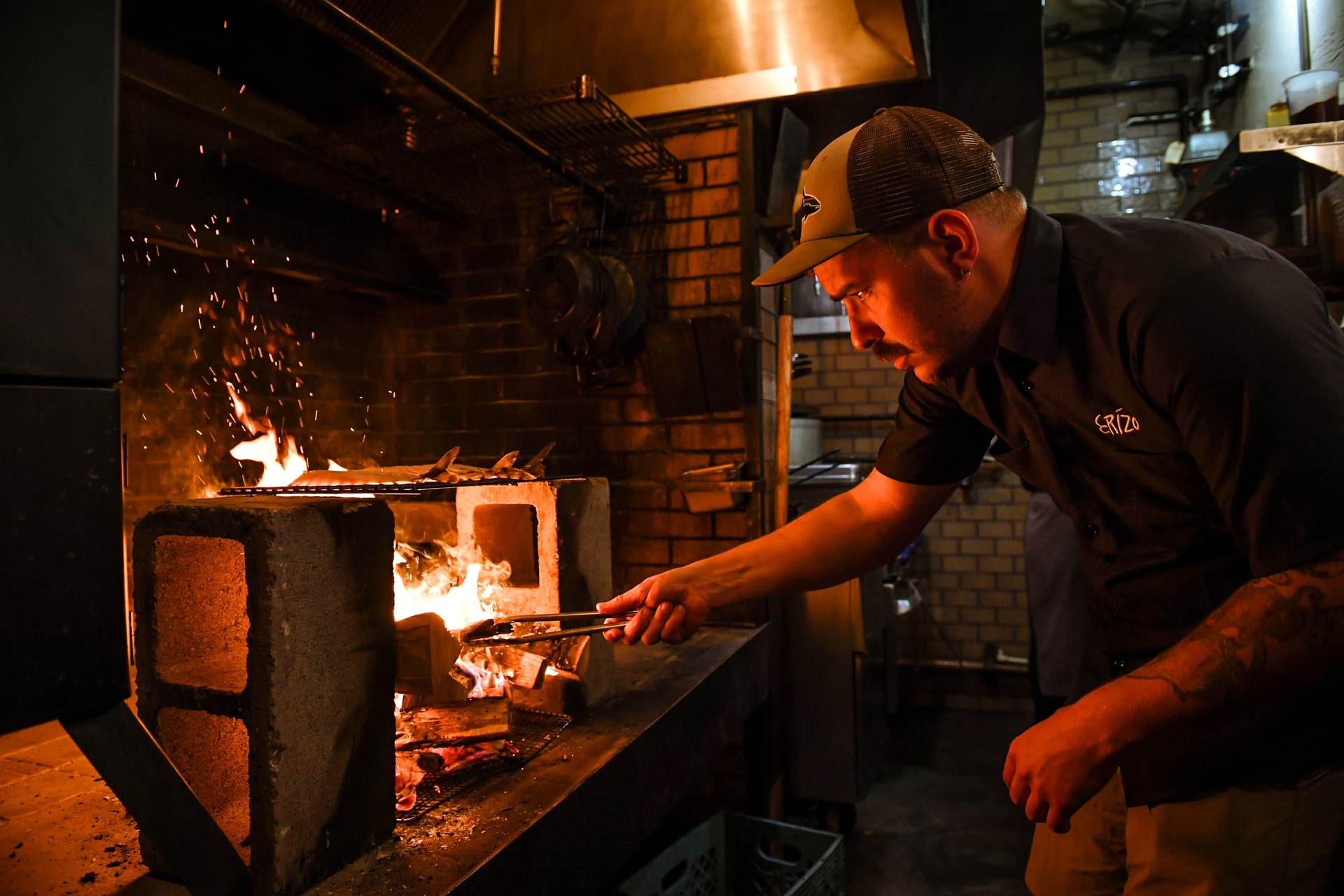 To mitigate the risk of COVID-19, Erizo’s dining room and general reservations remain closed. Currently, Erizo offers bookings for outdoor private events. Events are fully customizable, such as a full tasting menu experience on the beach or a family-style backyard meal. For more information, contact info@erizopdx.com.

Jacob Harth had questions, but he wasn’t getting clear answers. The 27-year-old chef, who has worked in the kitchens at some of Portland’s top restaurants, including the Francophile restaurant, St. Jack and the Spanish-infused Bar Casa Vale, simply wanted to know where his seafood was coming from and how it was caught. “Just these things to guarantee the product is sustainable,” he says.

But seafood suppliers either didn’t know or didn’t want to say, so Harth took matters into his own hands. “I went out to meet fisherman directly and find ingredients myself. I was just doing research to find out why some things weren’t available and where others were coming from.”

And so he began his deep dive into the ins and outs of sustainable seafood on the West Coast, and when he emerged he was not only far wiser but also poised to venture out on his own as the chef/co-owner of Erizo, the hyper-sustainable seafood restaurant he launched with partners early 2019.

At his serene tasting menu spot, Harth doesn’t simply minimize his environmental impact by serving seafood from green-light fisheries, like many other local restaurants do, including Bamboo Sushi and Headwaters. He’s actually trying to maximize his impact — in a good way — by creating more demand for underused seafood.

Case in point: He puts invasive species on the menu. After all, if you’re going to deplete a species, it might as well be one you need to get rid of anyway.

“We have about 12 kinds of seaweed on the menu and four are invasive,” he says. “We also have invasive crawfish that have gotten out into rivers and they’re out-competing the native ones for food and habitat. We work directly with Oregon Fish and Wildlife to identify the species and harvest them. And the Rapa whelk is also invasive. Whelks are really popular in Europe and even on the East Coast, but they’re just not part of our seafood culture here.”

The idea is that by raising awareness of all the other kinds of seafood we can be eating he can help lesson the demand, and therefore the environmental pressure, on the usual suspects like salmon and cod. “We want to provide alternatives to ingredients that are over-harvested,” he says. That’s why his menu is populated not only with invasive species but also those generally overlooked or used for bait, like sea snails, barnacles and limpets (which he often forages himself), and sea mollusks called chiton that have a similar flavor and texture to abalone.

Harth also uses bycatch, which would otherwise be tossed back into the ocean dead or dying. “The wolf eel, which is actually a type of cod, get into the crab pots to eat the crabs and a lot of times they get stuck, “ he says. “When the crabbers pull them up sometimes they’re not in good condition to be released so we take those. They have the same kind of meat as black cod, or sable, which is one of the most expensive fish you can buy.”

Clearly these aren’t lesser quality forms of seafood, they’re just unfamiliar. But getting consumers to embrace them is a key to solving the world’s seafood crisis.

According to a report released by the U.N. Food and Agriculture Organization in 2016, 90 percent of the world’s fisheries either fully fished or overfished, and a 17% increase is expected by the year 2025. “We need to rotate our fisheries,” says Harth. “We need to switch focus to allow fisheries to recover. The only people who are going to do that are the chefs. People aren’t going to ask for something if they haven’t tried it in a restaurant first.”

That’s why the restaurant industry is at the forefront of the sustainable seafood movement. In 2017, the James Beard Foundation launched its Smart Catch program to provide training and support to chefs so they can serve environmentally responsible seafood. It also gives consumers have a simple way to identify and support those restaurants.

The National Restaurant Association says sustainable seafood has been a top trend for the past several years. This year the association reported that “More than 60 percent of the chefs cited locally sourced meats and seafood as a top trend, especially among millennials who want to know more about where their food comes from and how it is prepared.” To help chefs meet this demand, it launched the Get Hooked on Sourcing Sustainable Seafood guide and videos in September 2019.

Even back in 2017 the association encouraged an industry-wide shift at its annual show, when its sustainability expert told members that “offering underused, certifiably caught fish while serving less tuna, salmon, cod and bass will preserve our seafood supply.”

This is Harth’s mission at Erizo in a nutshell. “Introducing these ingredients to people is important to our ethos of being sustainable and trying to turn the tide in terms of what’s happening to our oceans,” he says. But he says there’s an additional bonus too. “When people come in, learn new things, and try something new, it creates a unique experience.”